“Of all the secrets only an Aleph was revealed and all that has been said was to expound that Aleph and yet that Aleph was never understood.”

“An Introduction to Aleph’s Library” that she had later presented in the sculpture biennial at Tehran Museum of Contemporary Art (2017). Like an introduction that is written after the completion of a book, that work was a preamble to a bigger project entitled “Aleph’s Library,” in which she felt compelled to preserve (or rather protect) books from the destructive eyes of the reader by salting them; the artist has treated the book as one treats decayble food(meat) by burying it in salt; therefore, the books were neither readable nor were they capable of being leafed through. 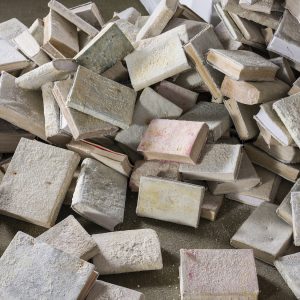 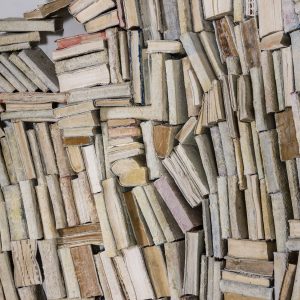 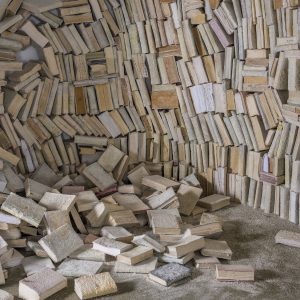 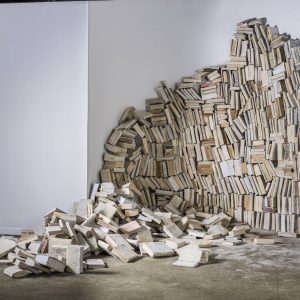 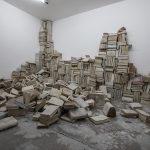 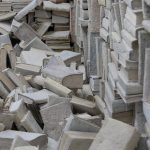 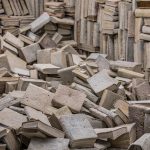