“The human physique can be regarded in two ways. We call it ‘a body,’ so long as it is tied to the soul. When that tie is broken, it is no longer called a body, but ‘a corpse.’” — Avicenna

Prisoner’s file date kernels, usually used for making prayer beads. Why would the first prisoner think about such an idea? When sentenced to isolation, without the possibility of any artisanship, collecting date kernels and trying to make something out of it, is an attempt to leave a mark on the surroundings or being present in the outside world through whatever possible means. Even in the form of trading and making a living.
The desire to achieve “free will” comes down to “making” things, even by filing and heaping them into piles, which does not necessarily have artistic results.
In the absence of the contained (soul), the container (body) turns into a corps. Apparently, a corps (date kernels) is the only thing left to me from the prisoners’ free will. It is a material reduced to nothing: a plate that does not contain anything, devoid of all the moments that led to this vanity. Filing kernels one after the other is something like repeating a prayer, to which you eventually become numb. That magical chant starts from a word and turns into a monotonous sound. The sound is repeated, echoed, and then fades away, possibly without reaching the ear of its audience. The date kernels prayer beads are the only thing left from this struggle.
This installation is made of thousands of date kernels, filed by eighteen prisoners from different wards. Instead of prayer beads, they were supposed to become contained in a container that I had decided to make earlier. Meantime, I realized the container I imagined for the contained is too small, lowly, and reduced.
Filing date kernels is an exercise in futility: they pile up in pursuit of retrieving “free will” in a hopeless situation. In this vain patience for making something, the result of which is not even known to the prisoners themselves, each bead represents a vain moment that has come and gone, as they are polished and heaped, containing nothing but emptiness and silence. 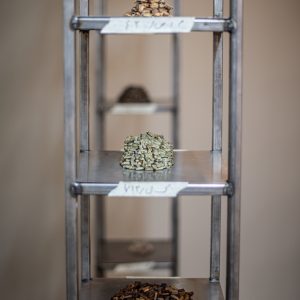 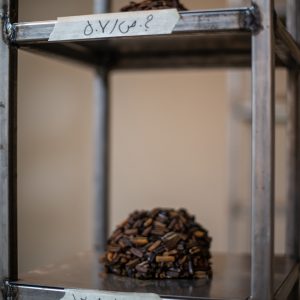 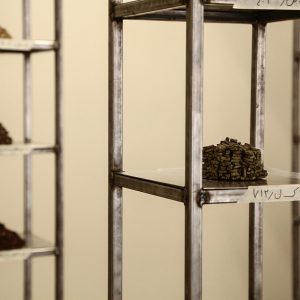 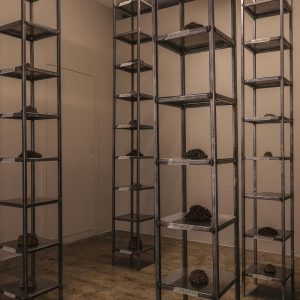 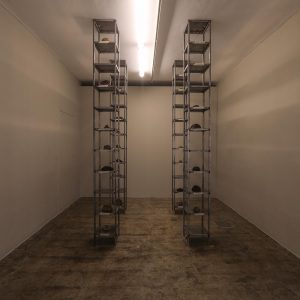 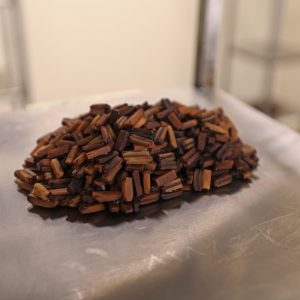 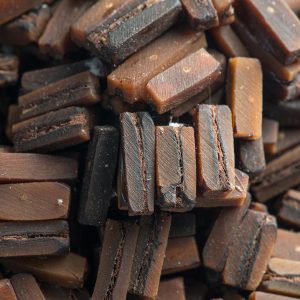 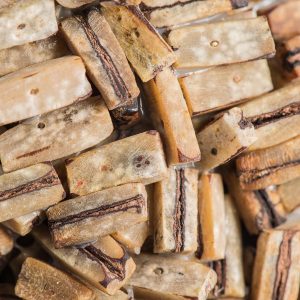