I am the aggregate of all words spoken to me.

The word “jowhar” has several meanings in the Persian language : ink, substance (matter), gem, nucleus (brain), being and principle.

The project consists of tear catchers filled with inks instead of teardrops. The essence is recaptured from words (recycled ink) to convert into other words. Each time a word is washed, it leaves a shadow of itself, and each time ink is recaptured from a word, it becomes pale in color; however, no sound or word disappears and turns into another word. Recapturing ink from words is a chance for writing another word.

Washing words would recapture ink from papers. Crying would cleanse the spirit and varnish it.

Some people believe that when tear catchers were put in graves, the more they contained teardrops, the more lamentations prolonged. The process continued until all teardrops were vaporized.

A sentence on paper scrolls is repeated: “Future is merely a part of the past which has been forgotten.”

A word is born out of another word. No sound disappears or becomes extinct. Music relates to words, and words relate to music. Rain quenches the thirst of both rivers and waterfalls; however, they descend from different geographical zones. The stream would not stop from flowing. Future is merely a part of the past which has been forgotten.

-The sentence on the paper scrolls refers back to a note in my notebook written in 2013. 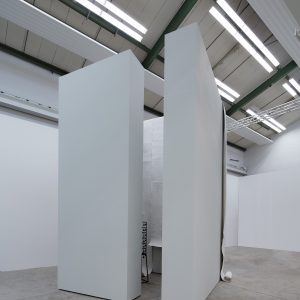 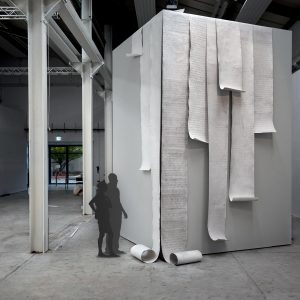 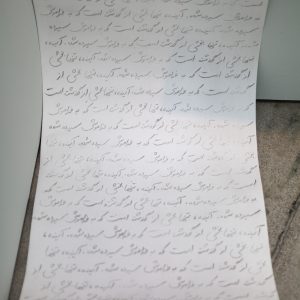 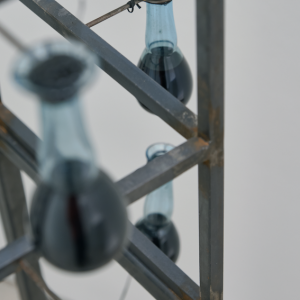 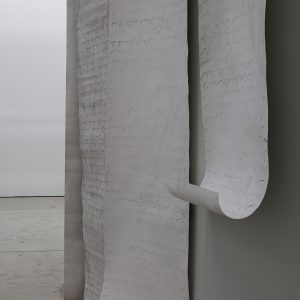 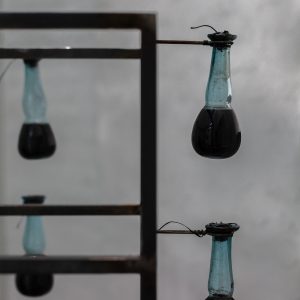 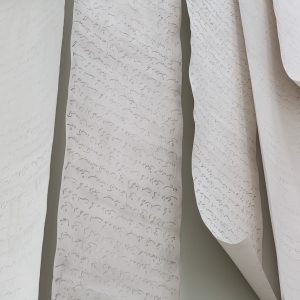 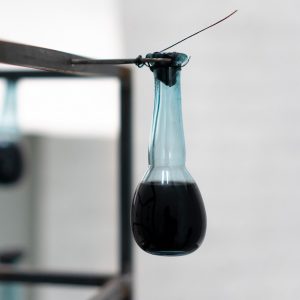 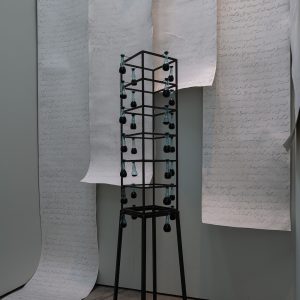 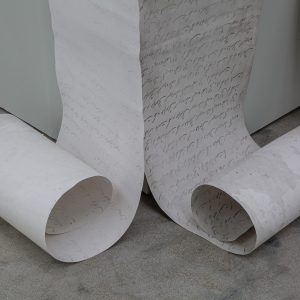 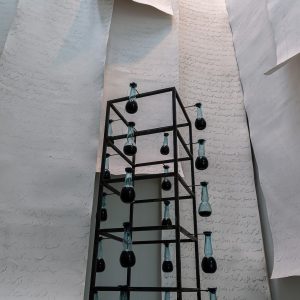